Bondi Junction, or as it was known Tea Gardens, goes back to the earliest days of the colony. The first road (as distinct from a street) in the colony, the “Road to Botany Bay” came through Bondi Junction so as to avoid the low lying swamps to the west and then on through Randwick, keeping to the high ground, out to La Perouse.

Bondi Junction became a busy commercial centre, transport hub and a place for entertainment. As transport and industry has changed so has the Junction - motor vehicles replaced horse drawn vehicles and the trams, which had first been introduced in Waverley in 1880 these were then replaced with buses by 1960. Syd Einfeld Drive was built in the 1970’s and in 1979 the Eastern Suburbs railway opened, both of these major transport links saw the destruction of 19th century streetscapes and the routes and/or names of a number of roads changed. At one time Waverley Street went down to Bondi Beach, now most of that street has been renamed Bondi Road. Former factory sites were developed and Victorian terraces and shops have given way to multi story commercial and residential developments. 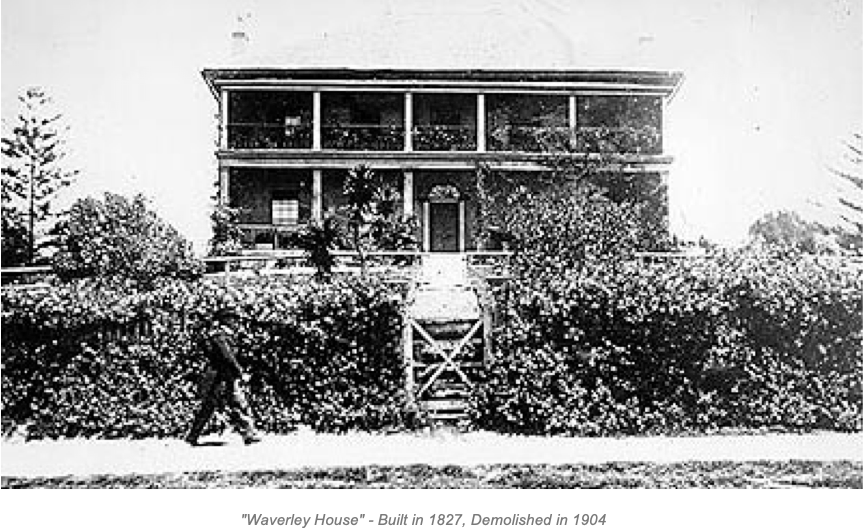 There was a wide range of industry at Bondi Junction including: the ice works, soap factory, iron foundry and boot factory which were mostly gone by the mid 20th century. Over the years a great variety of leisure businesses operated here including: open air picture theatres and later indoor picture theatres, dance halls, skating rinks, boxing stadiums, snooker halls and a bowling club. There were also grand residences, mostly on the higher ground on the eastern side of Bondi Junction in streets such as Waverley Street, Paul and Botany streets.

Bondi Junction is always changing and over time many sites have had more than one readily identifiable use. For example, we know that 65 Ebley Street has been a skating rink, film studio, soft drink factory, television production studio and now it is a retail store. Many of the items highlighted on this Bondi Junction Walk were places of business or pleasure. 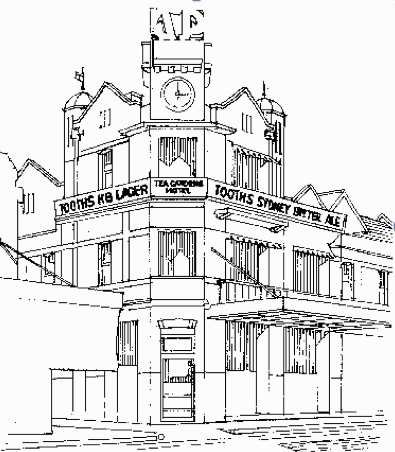 In order to make the walk a reality it was necessary to obtain funding. Eastern Suburbs Leagues Club saw this as a unique opportunity to support a project of lasting value to the Waverley community and agreed to sponsor the project.

The Club is strongly identified with Waverley as it has been in Bondi Junction since 1961 and the Easts’ football team has been supported by the people of Waverley since 1908 - so it was well placed to undertake such a sponsorship.

The production of this walk has been the result of an exciting collaboration between Waverley Council and the Eastern Suburbs Leagues Club.