Waverley Council is made up of four wards, each electing three Councillors. The 12 Councillors are elected by residents and ratepayers for four-year terms. The last elections were held on 4 December 2021.

The Mayor is elected by Councillors for a two-year period; the Deputy Mayor for a one-year period.

Waverley Council is divided into four wards ie: Bondi, Lawson, Hunter and Waverley. You can type your address into our interactive map below to find out what ward you're in. 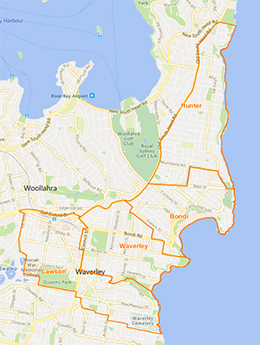