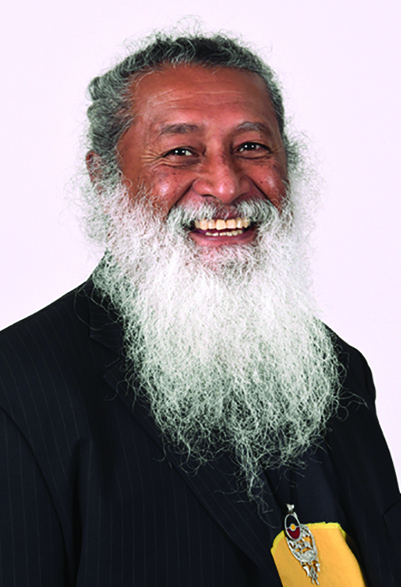 “I pay respect to Elders and Country, and to the memory of Aunty Pat Dixon, Founder of LGAN NSW. Waverley, your community support is appreciated.”

A paralegal, law student and Native Title Consultant (NTC), Dominic was Honorary NTC for Rockdale and District Landscape Heritage Committee (RDLHC), and a past Executive Committee Convenor of the Indigenous Working Group for the United Nations Association of Australia (NSW Branch).

Outside of Council responsibilities, Dominic was a driver for Oscar Winner, Cate Blanchett, during 1993 ABC TV series ‘HeartLands’; participated as an Associate Member of Darug Link Association 1994; was part of Royal Prince Charles' Media Entourage in 1994; and was a NSW Commonwealth Education Coordinator for the UN International Year for the World's Indigenous Peoples (1993), attending the United Nations Permanent Forum on Indigenous Issues with Siberian (Russia) Indigenous Sakha People (New York, USA, 2018) after Australia ratified the UN Declaration on the Rights of Indigenous Peoples, UNDRIP, in 2009.

During his terms on Council, Dominic has served the community as a member of the Management Committee for the NSW Reconciliation Council (Reconciliation NSW nominee to Indigenous Veterans Committee) and as a former Director (Vice Chair) on the 2014 Board of Tranby Aboriginal College, (Deaths in Custody Watch Committee, 1987) Glebe, as well as being President (and Vice President, 2015-2016) of the NSW Local Government Aboriginal Network, LGAN (2017-2021).