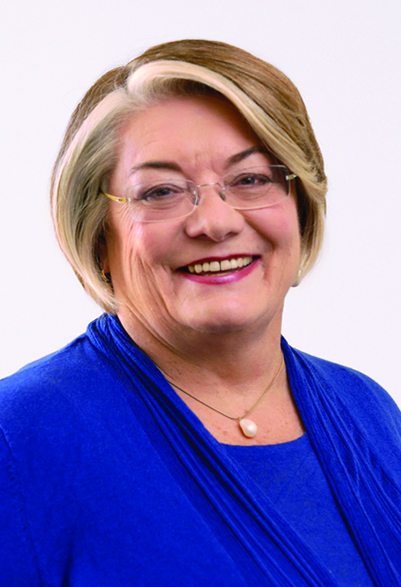 Cr Sally Betts is the longest serving Councillor on Waverley Council having served for 25 years, eight of them as Mayor. She has lived in Waverley most of the time since she migrated from South Africa in 1974.

Sally’s background is in the tourism industry, which included 16 years at International Airlines Transport Association and NSW Manager of Qantas Holidays. Sally then spent six years as Whip's Assistant to the Opposition Whip, the Hon. Don Harwin MLC, in the NSW Parliament, seven and a half years working with the former Federal Member for Wentworth, and Prime Minister, Hon. Malcolm Turnbull MP, and a year working with the current Member for Wentworth, Dave Sharma MP,.

In 1988 Sally started her charity work as the first woman Area Chair for the Salvation Army Red Shield Appeal going on to support the Appeal for many years. She joined WAYS Youth Organisation in 1989 nd went on to serve on the Board until 2019. She also acted as Voluntary Chair for Cancer Council NSW's Eastern Suburbs Relay for Life in 2010 and 2012.

Sally holds many positions within the Liberal Party and started her political career as the Liberal candidate for the then State seat of Waverley in 1988.

Sally is on the Board of the Eastern Suburb’s Cricket Club.

"My vision for Waverley is for a caring society where Council tries not to interfere in people's daily lives but delivers excellent customer service when it does. That the Municipality is clean and tidy, with good affordable services for all residents, visitors and business owners. Most importantly Council needs to be financially sustainable and ensure that we protect our environment wherever we can.

With a growing population of children and 17 schools in Waverley it is imperative we concentrate on developing playgrounds and sporting facilities so our children grow up to be healthy and active."