Born in 1872, David Hunter left his home in Forfar, Scotland at the age of sixteen and set off for Australia to seek his fortune. 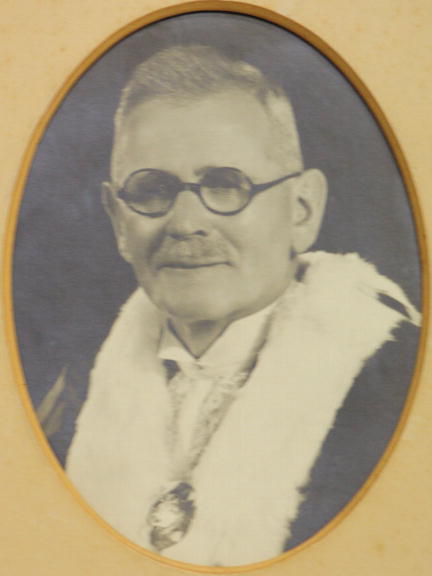 Hunter stayed on board his ship until Townsville. The ship was carrying the carillon for the cathedral in Townsville, and it is thought he had some connection to it.

He found work with a fellow-Scot, a Mr McMenamin, importing bananas from Fiji. In time, McMenamin sent him to Brisbane to manage the business there.

Hunter eventually left for Sydney, where he established his own wholesale fruit business with great success. He was ever grateful to McMenamin, and they stayed in touch throughout their lives.

He moved to Waverley around 1902 and married Margaret Neill in 1913. They had three sons and a daughter and lived in ‘Forfar’, at 44 Denham St, Bondi. He was first elected to Waverley Council in 1917 and dedicated himself to improving conditions for residents and visitors alike.

In the early 1920s he travelled extensively with his wife through the UK, US and Hawaii, visiting the great seaside attractions that were springing up around the world as ‘going to the beach’ grew in popularity. He returned determined to see something similar built at Bondi.

Throughout his time on council, Hunter was the driving force in having surf lifesaving clubs built at North Bondi and Bronte. He laid the foundation stone for the Bronte Surf Lifesaving Clubhouse in February 1931. 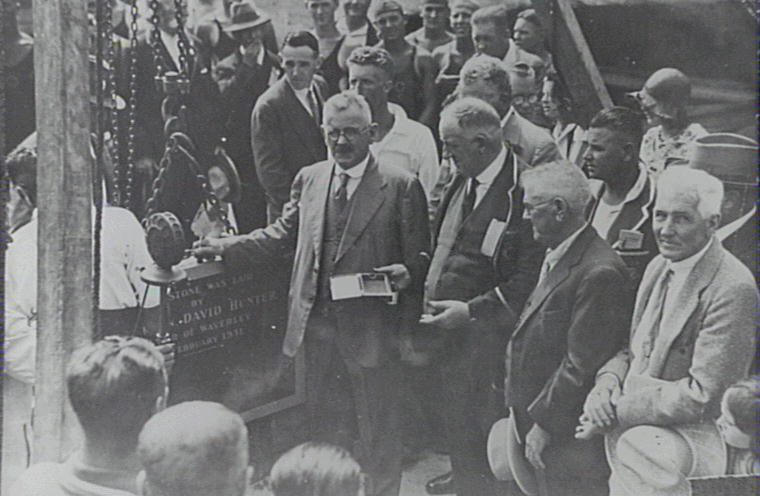 He had been elected Mayor in December 1928. The following year the Eastern Suburbs and South Sydney News opined ‘there is little doubt that it would be impossible to find a better representative of (Bondi’s) requirements, or who has its interest more at heart.’

He was also influential in the Bondi Improvement Scheme, which culminated in the opening of the Bondi Pavilion in 1929. As Mayor, Hunter cut the ribbon on the scheme, aided by his daughter Mary, known as ‘The Little Mayoress’. (Hunter’s wife, Margaret had died in 1928). His name is on a foundation stone on the inside front door of the pavilion. 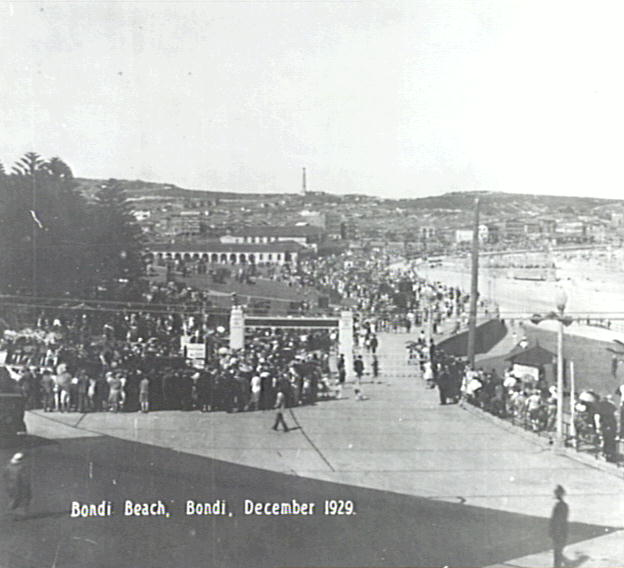 Hunter was also Mayor during the early years of the Depression of the 1930s. Waverley Council hired hundreds of unemployed men to work on road, park and seawall building. David Hunter was instrumental in the building of the cliff walk from Bondi to Bronte. It was named in his honour and his name is chiselled into the rocks at the Bondi end.

For these and other achievements, David Hunter was appointed MBE by King George V in June 1939. He died in December that year, having been ill with cancer of the leg for some time. The Sun newspaper reported that he was to have received his MBE decoration on the day he died.

He was buried at Waverley Cemetery in a family allotment. The ashes of his son, Alexander, who died in 1943, are also interred there, and several family names have been added since.

Hunter Park at Bondi Beach (proclaimed in 1904) and Hunter Street at Dover Heights are both named for him. One of the wards of Waverley Council, Hunter ward, is also named in his honour.