A Bondi man, 25, was fined $2000 on Wednesday 21 August for illegally dumping mattresses, packaging and other items in Paul Street, Bondi Junction.

Following an investigation by the Sydney Regional Illegal Dumping (RID) Squad, the illegally dumped items were identified as being commercial material and not residential items awaiting collection as part of the Council’s rescheduled residential clean-up in the street.

The man was identified as working for a removalist company, and was fined under the Protection of the Environment Operations Act. 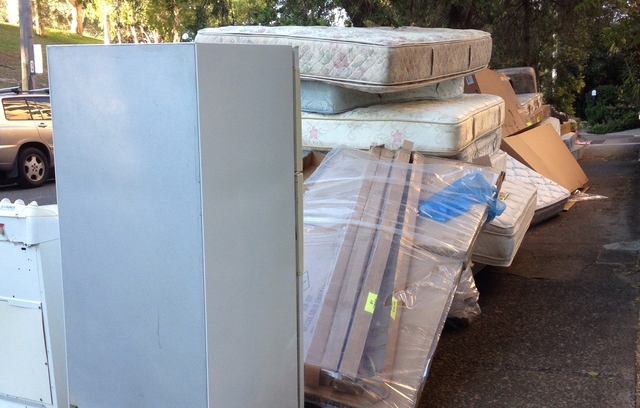 Report illegal dumping: mattresses were among the items illegally dumped in Paul Street.

A spokesperson for Waverley Council said illegal dumping is ugly and unsafe and places a financial burden on the Council’s waste collection services.

“Instead of responsibly disposing these items, this person thought they were being smart and decided to dump them,” the spokesperson said.

“We need the whole community comes together to address the issue of illegal dumping, including companies and organisations who have a social and ethical responsibility to protect the environment.”

In the past year, 1448 dumps were recorded in Waverley. Of those, 102 Clean Up Notices were issued where the offender complied with removing the dumped items at their own expense, and 15 fines were issued, totaling $6000.