Festival of the Winds is back at Bondi Beach on Sunday 8 September!

Who would have known back in 1978, when a group of wind energy champions decided to run a kite festival on Bondi Beach, that the Festival of the Winds would be born and end up as one of the biggest and most loved kite flying festivals in the world!

In 1978, Glebe local and Sydney University student, John Silk’s interest in wind energy led to his fascination and love of kite making and flying. John, along with several of his friends, decided that it would be great to run a kite festival and decided that Spring at Bondi Beach was the best time and place to launch their idea. On 10 September 1978, 41 years ago, the first Festival of the Winds took off!

The Mayor of Waverley at the time, Mr Ernie Page, officially opened the newly named Festival of the Winds, declaring the skies open, and joined the crowd to fly a kite. John Silk, his kite-flying friends and enthusiasts on that day, formed the Australian Kiteflying Society (AKS) who have presented the professional kite flying exhibitions with national and international kite talent each year ever since.

Bondi Pavilion cultural staff joined in by organising entertainment, food stalls, kite making workshops, gallery exhibitions, workshops and all the festival fun that ran alongside, and still runs alongside, the professional kite flying displays on the beach.

From 7000 people in 1978 to an expected 70,000+ people for its 41st anniversary this year, Festival of the Winds continues to provide a great day out for everyone. This event is perfect for people of all ages who want to celebrate the joy of kite flying, kite making, our environment and enjoy the best cultural food and entertainment from around the world! Bring along your own kite or make a sky-high creation at one of the kite making workshops. There will be demonstrations, and a day long entertainment program on the main stage.

Come along and help us celebrate one of Sydney’s most colourful festivals on Sunday 8 September at Bondi Beach for the 41st Festival of the Winds! Remember to leave the car at home as parking is limited and roads will be closed. Plan your trip using public transport at www.transportnsw.info

Find out more about this year's Festival of the Winds here. 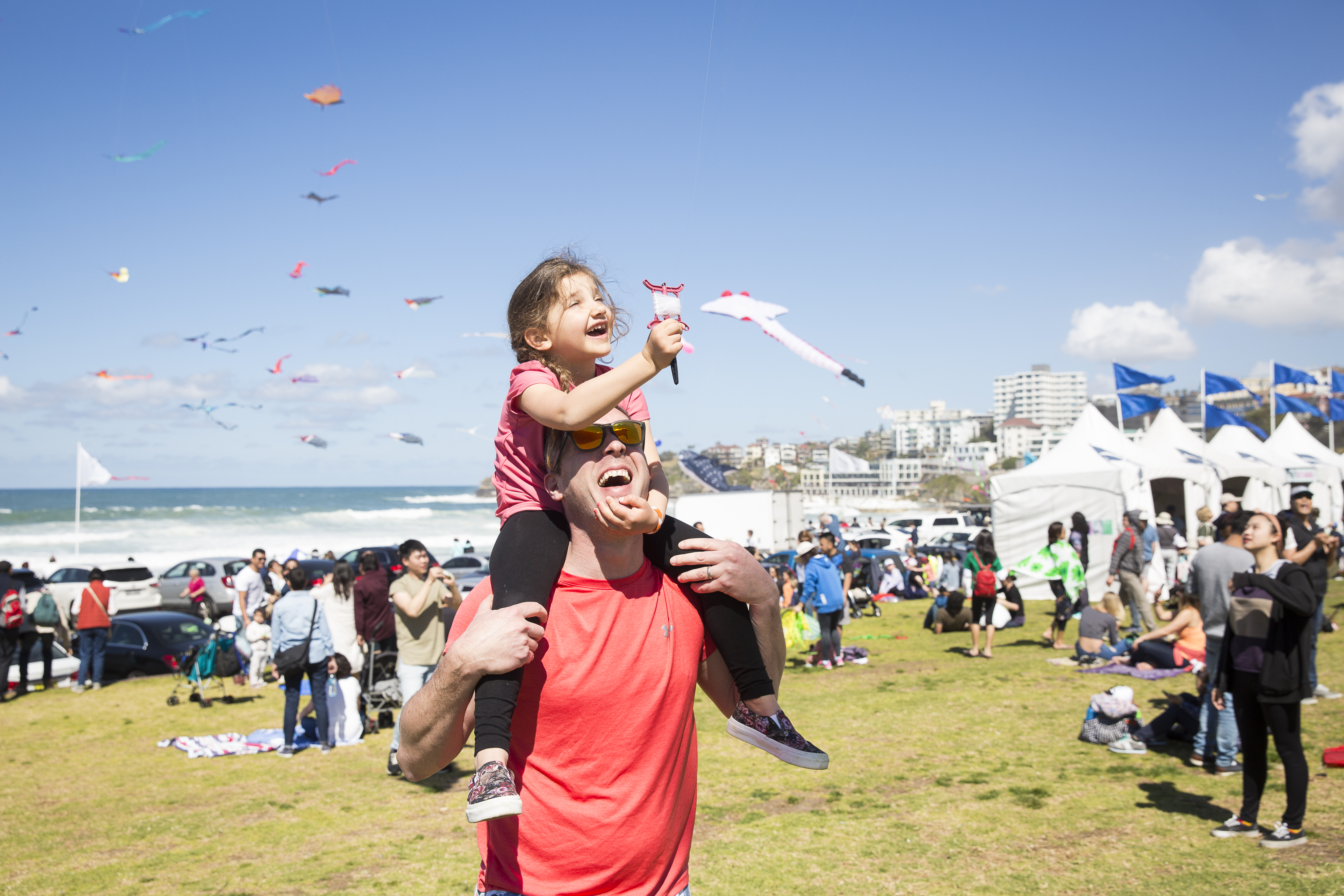