The Olympians all trained at the pool in the early 20th century and collectively competed at the Stockholm and Berlin Olympics (1912, 1936) and the 1938 Empire Games.

Mayor of Waverley, Paula Masselos, said research recently undertaken by the Council’s Heritage team revealed a significant story of women Olympic swimmers connected to the ocean pool, which the Council has nominated for listing on the State Heritage Register.

“Bronte Ocean Pool has fostered many elite swimmers and a swim at the pool at sunrise is a much-loved and time-honoured ritual for many a Waverley resident,” Mayor Masselos said.

“Our beautiful new photographic installation will celebrate the achievements of our women Olympians and the importance of Bronte Ocean Pool in Australia’s cultural landscape.” 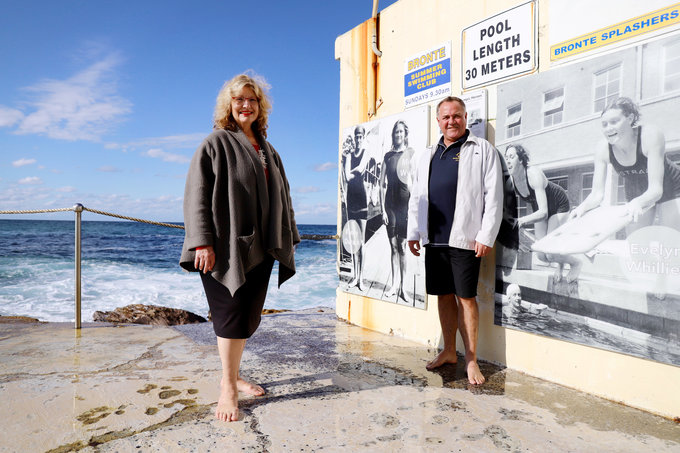 Fanny Durack (1889-1956) was the first woman in Olympic history to win a gold medal for swimming at the Stockholm 1912 Olympics in the 100-metre. She later held every world freestyle record from 100 yards to one mile. She was inducted into the International Swimming Hall of Fame US and is buried at Waverley Cemetery.

Mina Wylie (1891-1984) learned to swim at Bronte Pool while her father Harry Wylie - also a champion long-distance swimmer and diver - leased the pool from Waverley Council from November 1895 to June 1901 before developing Wylie’s Baths at Coogee. She won a silver medal in the 100-metre freestyle at the Stockholm Olympics. 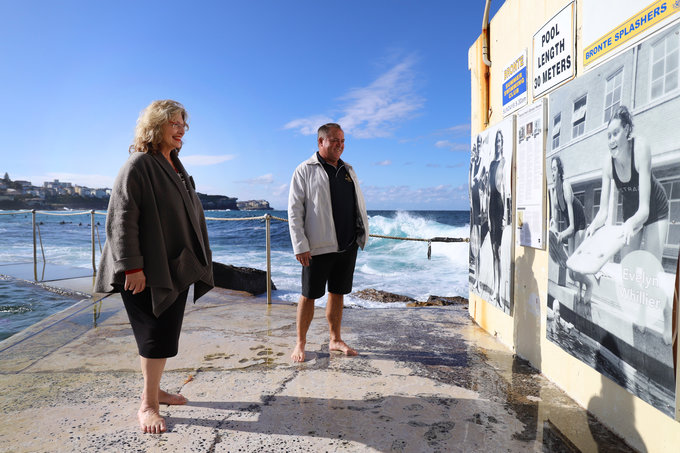 Evelyn Whillier (1917-2004) represented Australia at the Berlin 1938 Olympics. She won gold, silver and bronze medals at 1938 Empire Games in Sydney in the 110-yard freestyle, 4x110-yard freestyle relay and 3x110-yard medley relay. She was born in Western Australia but lived in Bronte all her married life,
teaching generations of Bronte children to swim in the pool as an instructor for 40 years. She is the first member of Waverley Council’s Heroes Walk at Bronte Beach.

Alick Wickham, a 15-year-old Solomon Islander boy who lived in Sydney in the early years of the 20th century, also features in the photographic installation. Wickham is believed to have been the first person in the world to swim the Australian Crawl competitively, at Bronte Ocean Pool, in 1901. The Australian Crawl is an overarm or freestyle swimming stroke now familiar in competition swimming throughout the world. 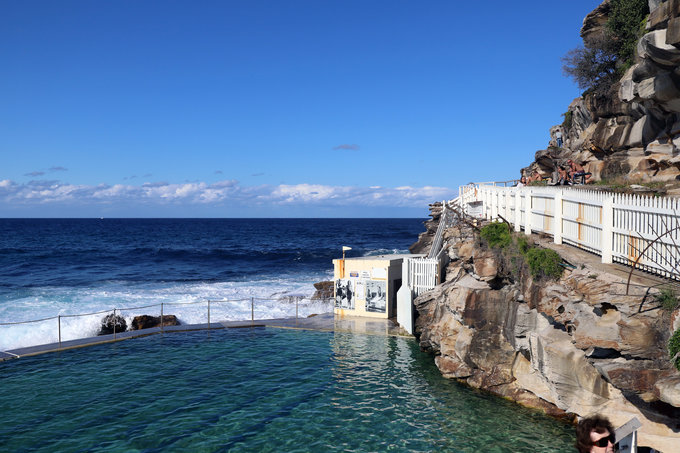 The unveiling of the photographic installation coincides with the launch of the Council’s new Charing Cross to Bronte heritage walk. The self-guided walk – which travels through much of the Charing Cross Conservation Area – maps the colourful characters and historical buildings in the two villages over 21 stops, including Bronte’s old post office (which has links to the architect who designed Canberra’s first Parliament House), National Anthem writer John Smith Murdoch and novelist Miles Franklin, who once lived in Brae Street, Bronte.