UAP’s concept design Rise was one of six shortlisted designs for the permanent memorial to acknowledge the gay and transgender people who were targeted in homophobic attacks from the 1970s to 1990s in Sydney.

Several of these crimes took place in Marks Park on the Bondi coastline and were documented in Greg Callaghan's 2007 true crime book, Bondi Badlands and author Duncan McNab’s 2017 Getting Away With Murder. 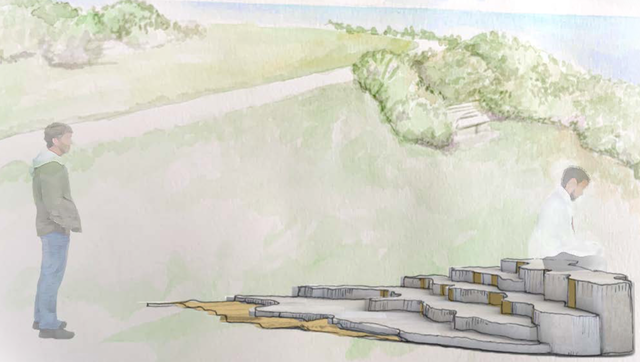 “The Waverley Public Art Committee, Council officers and ACON staff all noted the subtlety and elegance of the design and its response to our Public Art Policy’s criteria for placemaking, artistic excellence, local culture and heritage and sustainability,” Councillor Keenan said.

“Our Council has been working with ACON since 2015 to establish an appropriate permanent reminder of the tragedies of the recent past and to heal together as a community, and we are delighted to have reached this milestone in the project.”

ACON CEO Nicolas Parkhill said UAP’s design embodies the spirit and themes of the Bondi Memorial Project and congratulated them on being selected to create the memorial for their beautiful and deeply moving artwork.

“We know it will serve as a respectful memorial to the victims and help heal the trauma these past events have caused for the families of victims, as well as the LGBTQ community and many local residents. The events of this dark chapter in Sydney’s history have left a painful legacy that continues to be felt today,” Mr Parkhill said.

“The memorial will help raise greater community awareness of the issue of anti-LGBTQ hate crimes, promote the continuing need for relevant information to be brought to the attention of police, and serve as a reminder of the importance of valuing and celebrating diversity in our community.”

Owen Craven, Director of New Business and Senior Curator, UAP, said the company was deeply honoured to be working with Waverley Council and ACON to deliver the Bondi Memorial Project.

“UAP’s concept offers a space of quiet reflection and contemplation while advocating the importance of inclusion, diversity and equality for all,” Mr Craven said.

John Nicholson, Lead Designer, UAP, said he hopes that the memorial becomes a place where those affected by the brutalities, and the greater community “can gather and reflect without fear or stigma- to rise above the trauma and to look towards the horizon”. 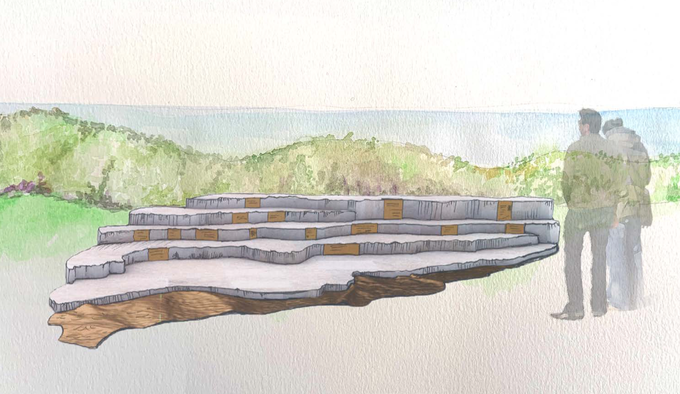 Community feedback received during the Council and ACON’s public consultation in June into the six concept designs informed the decision to recommend Rise as the preferred design.

“We received a total of 525 completed surveys in our consultation and there was only a 0.67% difference between the top ranked and bottom ranked concepts in this community response,” Councillor Keenan said.

“This demonstrates how much thought and consideration was put into determining the six shortlisted concept designs, and I would like to congratulate the other five shortlisted design artists Jane Cavanough, William Eicholtz, Studio Trobec, Jane Irwin and McGregor + Westlake and Aspect for being a part of this process.”

The memorial will be built in a natural amphitheatre area just off the Council’s access path on the south-western side of Marks Park, with construction expected to take place next year.

The Council is contributing $100,000 to the project with ACON contributing a further $64,000 through donations. To donate to ACON’s fundraising project, visit bondimemorial.com.au

UAP specialises in large-scale public artworks and has delivered projects in more than 50 cities globally.