Waverley Perspectives is a temporary photographic installation in the historic Waverley Park.

Waverley Park, established in 1880, is Waverley Council’s first and oldest public park. The installation tells the story of the park’s community significance and history.

Waverley Perspectives declares that all is history is local and asks you to come and be part of it.

In the collection of images you will see the playground, a photo from the 1970s of the famous rocket slide, decommissioned but kept as a sculpture, Waverley Park, c. 1950s, originally farmland known as Flagstaff Farm and Waverley Oval, c. 1908 with the Federation style Pavilion and cricketers sheds.

The images were sourced from Waverley’s own Local Studies collection.

Can you find all three images around the park? 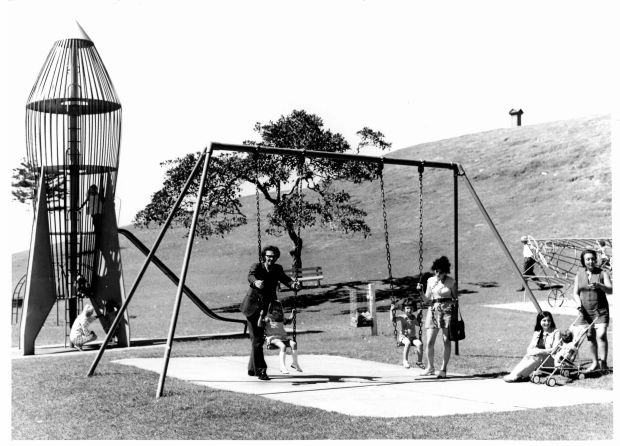 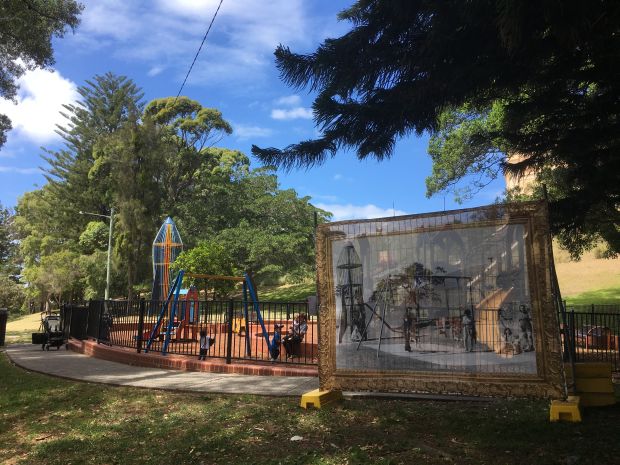 The rocket slide, designed by John Yeaman and Dick West, was installed in the 1970s. As standards for play equipment changed over time, the rocket was decommissioned but has remained in Waverley Park as a sculpture as it holds many memories for the community. The single tree in the centre can still be seen but is now surrounded by Eucalypts and Casuarinas. 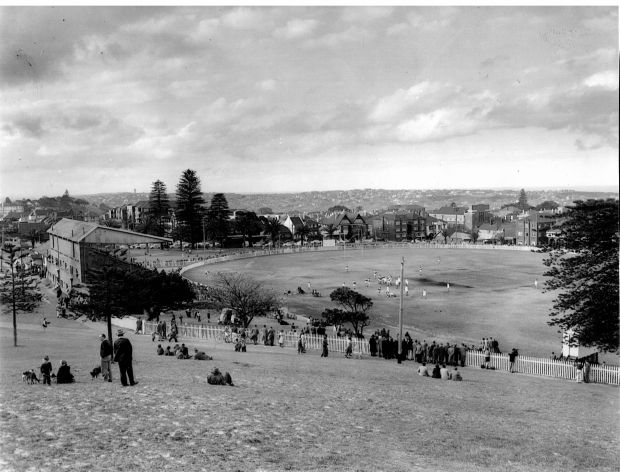 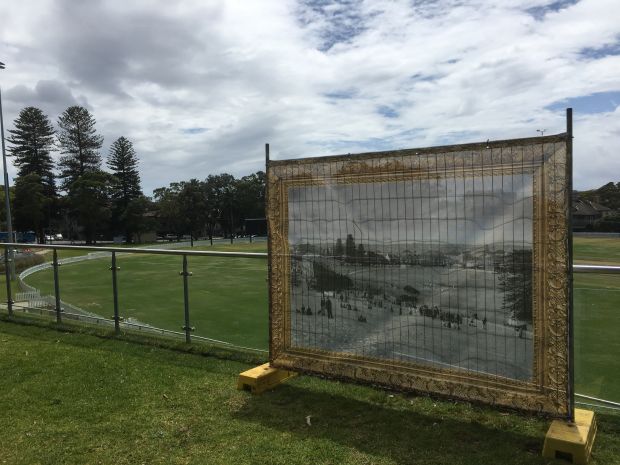 Originally farmland known as Flagstaff Farm as well as a Chinese market garden, Waverley Park was open on public holidays for the community to play sports and ball games. The Park was gazetted in 1880 and was Waverley’s first public park. This photo was taken in the 1950s with the 1939 Pavilion seen in the left. 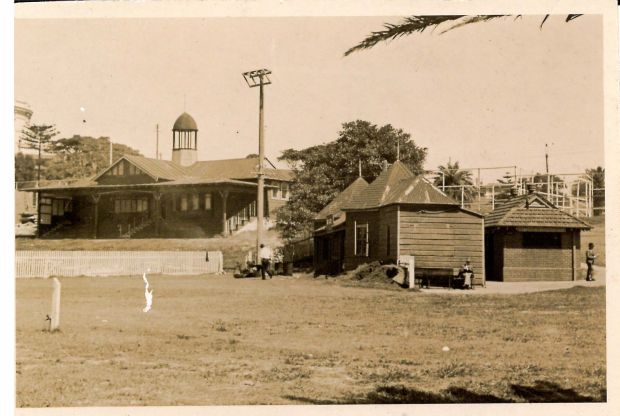 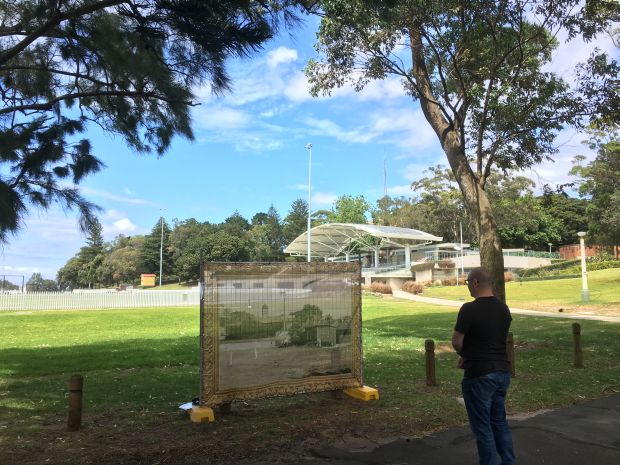 Waverley Oval was used by both cricket and football codes. Several large pavilions have been constructed at this location. The first in 1908, the second in 1939, and the multi-use Margaret Whitlam building completed in 2012. In this image, the 1908 Federation style Pavilion can be seen in the background with the original c.1894 weatherboard buildings (or ‘cricketer’s sheds’) in the foreground

The images are printed on a fabric mesh mounted on standard mesh fencing (2000mm x 2500mm).

This fencing and panelling is temporary, low cost, requires no upkeep and has no impact on the environment.

Waverley Park has been identified as the location for this project as it is utilised all week by various groups including schools, informal visits by locals, sporting clubs, employees and tourists as it is located along one of the main routes to Bondi Beach.