Waverley Council recently received a thank you letter from John Wolstenholme, from Hampshire England thanking Bondi Rescue for giving him the knowledge to save a child at his local unpatrolled beach.

On 3 August 2018, John and his two children aged eight and six, went to a local beach called Hill Head for the day. Whilst sitting on the beach John noticed two boys who looked like they were in trouble about 15 meters offshore, a few seconds later they started shouting for help.

After watching Bondi Rescue and knowing how to look for rips, John as able to assess the situation. John left his children on the shore and swam to the boys and was able to bring them in to safety.

As outlined by John:
‘It's a small beach with several dozen people around, but no-one seemed to engage with what was happening even though they were only a few feet away. Once I understood that they weren't messing around I worked out what was happening, how the situation had developed (a rip and dropping off a ridge) and the best way of dealing with it; all things I had learned from you guys watching you deal with rescues. In short, there's a little boy alive in England all because of the programmes you make out there. I wanted you to know that along with all the humour and lightness of the programmes, the more serious side can save lives. Well done ­– you do a fantastic job.’

Thank you to John for sending this letter and for having the courage to save a life on an unpatrolled beach. We love hearing how Bondi Rescue helps people understand surf safety.

And a huge thank you to our boys and girls in blue who work hard to ensure the safety of visitors to our beautiful beaches day in, day out. Waverley is a safer place because of their hard work and dedication.

John is pictured below with his two children. 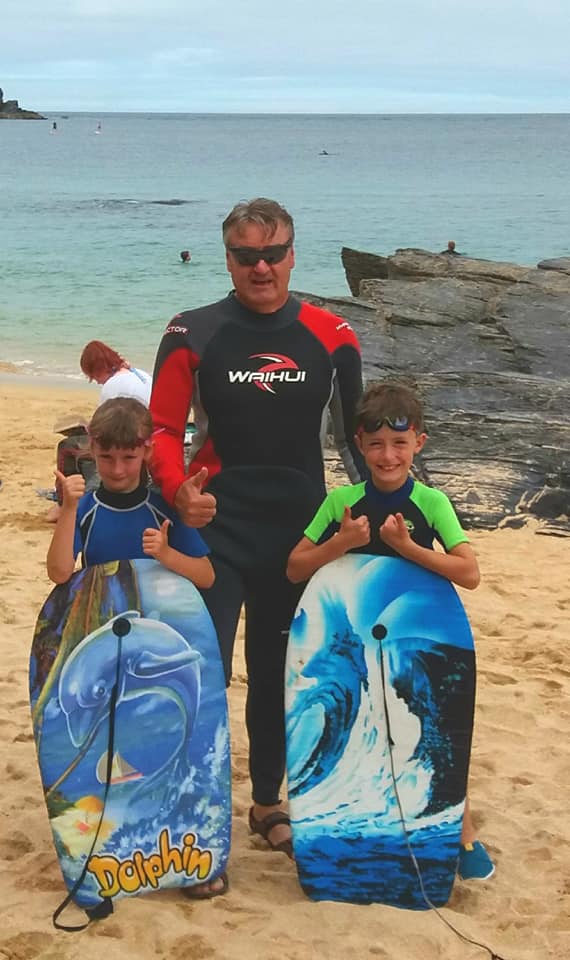