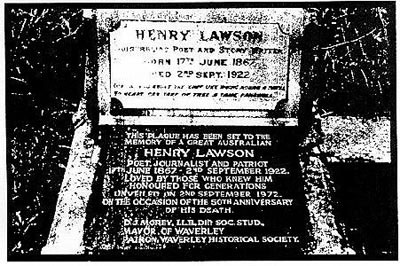 Two red granite horse troughs stand sentinel at the gates of historic Waverley Cemetery, which opened in 1877 and covers an area of approximately 41 acres.

Some of the notable persons who are buried in Waverley Cemetery are listed hereunder and the locations of the graves are shown by corresponding numbers on the map of the cemetery at the end of this page: 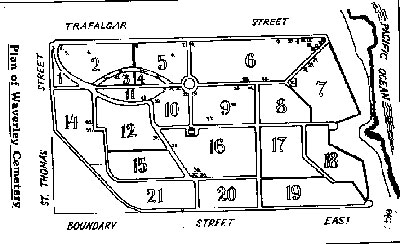