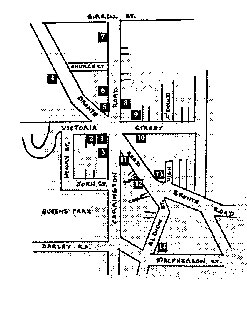 This was the original village of Waverley and even today it manages to retain that village atmosphere. Bush and scrubland, paddocks and stables, horse-omnibus, steam and electric trams, were part of its history Your walk will take you to the following places of interest.