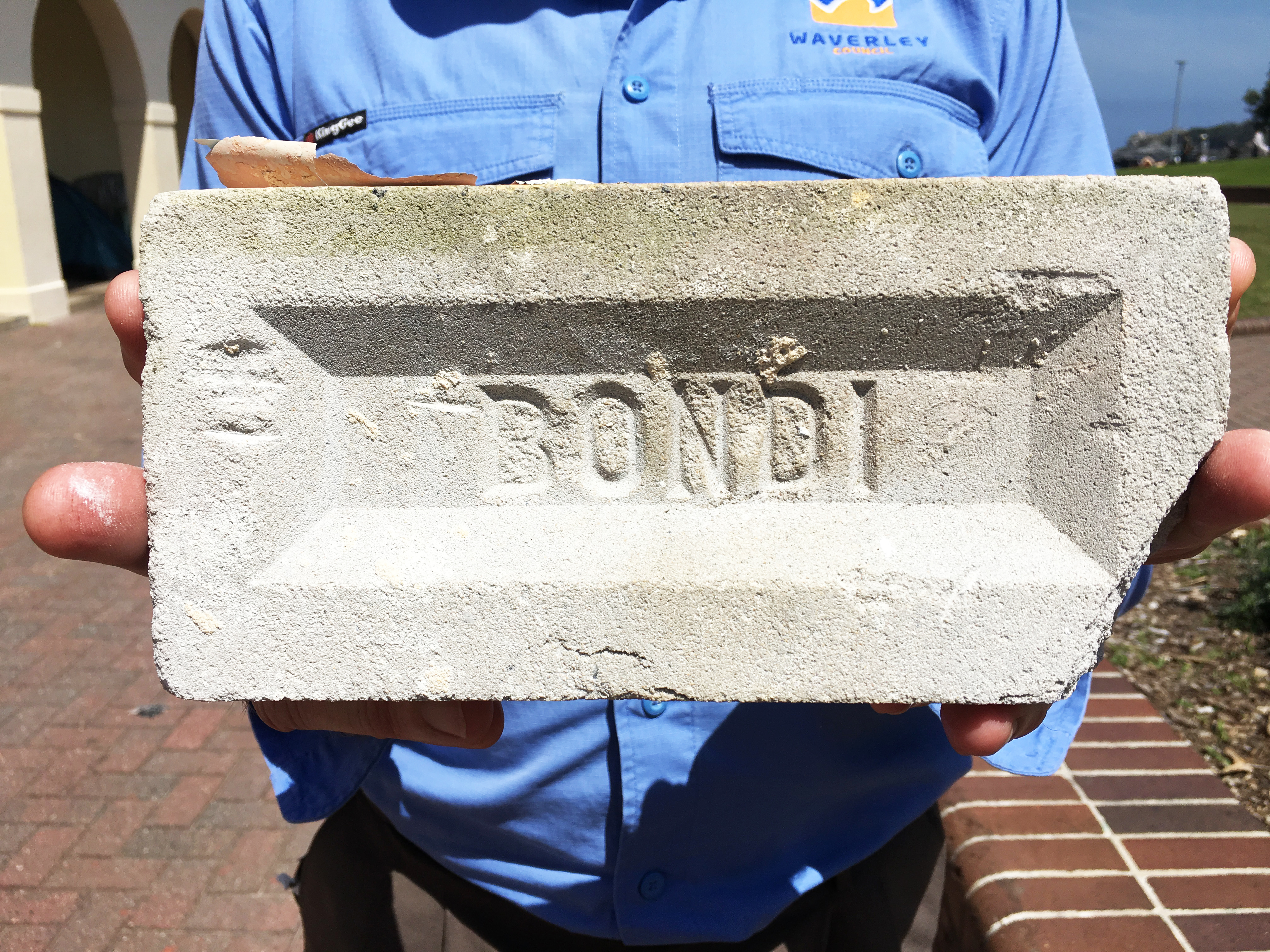 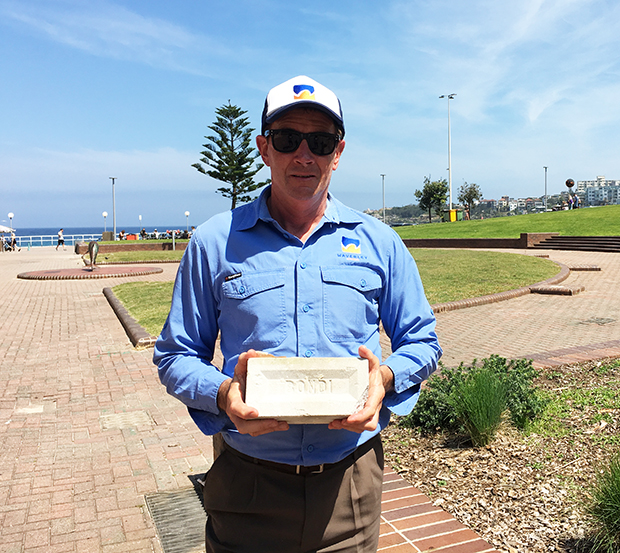 I met Mairead Dunbar and her husband during one of my history tours who found Bondi bricks when they were renovating their home at on Glen St Bondi.  Bondi bricks were made of sand and lime and fired in the brickworks kiln located near Seven Ways at North Bondi. The Bondi Sand-Lime Brick Co. Ltd operated between 1910 and 1919 and produced thousands of bricks used in the building of homes throughout Bondi and Rose Bay. The Crown Land lease was terminated in 1919 after public protests regarding noise, smoke and lime dust generated by the brickworks. The Company went into liquidation in 1922.

The brick connects to Waverley by tracking the progress and development of the middle of Bondi Beach extending west to Old South Head Rd. It is symbolic of the ‘taming’ of the ancient sand dunes that once dominated the landscape from the middle of the beach and stretching back towards Rose Bay. Subsequent to the removal and grading of these sand dunes was the subdivision and development of the West Bondi area mainly for cottages, bungalows and semi-detached residences. The brickworks was not only a convenience for the building boom in the area but it was also promoted as being of great benefit in using and reducing the abundant local sand.

Council has a Duty Planner available for general enquiries relating to the planning process, policies and lodgement requirements.The Duty Officer is not able to provide detailed planning advice or high level planning information. You can email your enquiry to duty.planner@waverley.nsw.gov.au or